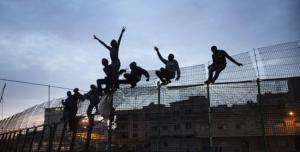 We Spaniards must apologise for the role we have been playing as border guards for both Spain and, by extension, Europe. Our governments, for example, under instruction from the supranational European Union, have imposed upon us the idea that ‘uncontrolled or illegal’ immigration is a ‘national security’ problem. And our country has been undertaking its task with flying colours, having begun the building of the ‘Melilla Fence’ in 1998.

The aforementioned fence, designed to separate Europe from its impoverished neighbours, has been financed by the EU, which spent around two billion euros between 2007 and 2013 on fortifying its borders.

According to the Andalusian Human Rights Association (APDHA), around 56% of the migrants who entered into Spain through Ceuta and Melilla in 2013 came from Sub-Saharan Africa, having been expelled from their home countries by hunger, violence, and war. Furthermore, their own states seldom recognise them or want them back, and often refuse to collaborate with their deportation or ‘return’. This process is therefore a very expensive one for the Spanish government, which has consequently legalised the savagery of ‘hot returns’ (in which the administration does not have to contact embassies, prove nationality, or process the migrants with legal guarantees). In short, Madrid’s crackdown on migration is essentially a crackdown on the already shattered dignity of some of the world’s most vulnerable and impoverished citizens.

One thing we can be pleased about, however, is that some civil society groups, Church organisations, and media sources are denouncing the human rights violations on Spain’s southern border and treating the topic with certain sensitivity. But denunciations of the barbed wire, the ‘hot returns’, and the deaths at Ceuta (and throughout the Mediterranean) are not enough.

We must end the robbery of impoverished countries and give back what has been stolen. Spanish society has a great responsibility for ensuring that this compensation occurs. Denouncing the abuses of the Home Office, the Civil Guard, and the police is not enough. We must first realise that we are all collaborators with an economic and political system which is based on the plundering of raw materials and on the enslavement and exploitation of impoverished human beings. Then, we must realise that the only solution to the injustices outlined above is to undertake a revolution from the ground up – one which will create an economic system focussed on respect, dignity, and the satisfaction of everyone’s basic needs.

Therefore, we at Autogestión once again denounce not only the war waged against impoverished migrants trying to enter into our country, but also (and above all) the reasons behind the poverty and violence that have forced them to flee in the first place – for which we Europeans are in large part responsible.

In solidarity with the impoverished of the world, we demand justice. We also emphasise that an end to European and Spanish robbery is the only way to prevent what is essentially forced migration. And, while settling this historic and current debt, our duty is to welcome migrants and treat them as people, rather than illegal aliens, criminals, or commodities. 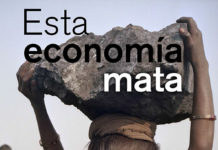 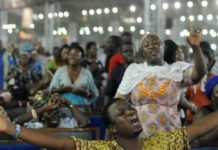 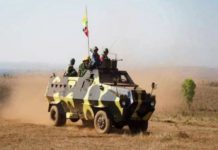 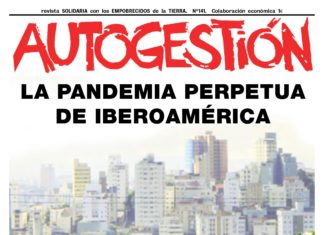 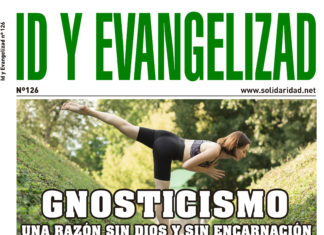