The manifesto “We reject abortion because we are left-wing”, launched publically by the Christian Cultural Movement (Movimiento Cultural Cristiano) in October 1982, was signed by activists, federations, local unions of political and social organisations, and trade unions linked to the Left (such as the PSOE, UGT, CNT, CCOO, Spanish Communist Party, and Socialist Youth organisations)

Only the newspaper Ya published the complete text. The newspaper El País censured it, asking powerful organisations for 500,000 pesetas in exchange for not publishing it. In 1985, the first abortion law of the Felipe González government was passed.

All the parliamentary political parties, both left and right, defend both the current capitalist system and abortion. In the eight years of the last PP government (1996-2004), abortion increased by 37%, reaching about 80,000 procedures each year. The policies of the PP effectively approved legal abortion at any point of the first three months of gestation. Zapatero’s PSOE legalised it as a right. With his defence of abortion, he faithfully obeyed his neoliberal-capitalist economic and political program.

Because we are socialists, we oppose abortion and its legalisation. We oppose it for the same reason that we oppose other attacks on life: the death penalty, torture, hunger, militarism, war, and environmental destruction.

Those who have legalised abortion in the world have been totalitarian regimes, Nazis, communists, and liberal capitalists. It is men like Robert McNamara (of Vietnam and World Bank fame) who have most encouraged the acceptance of abortion, realising its convenience for the domination of global capitalism. Although Hitler refused it for Aryans, he allowed it for all others under his command.

Human life is lost on destroying the fertilised egg in a woman’s womb. It is not simply a part of that woman’s body, but a distinct human life. It is only a matter of time before old people, disabled people, and the incurably ill, are added to the list of those not considered ‘productive’ for society.

Today there is no affirmation more reactionary than that which says one person has the right to decide whether an unborn child should be born or not. It is the most absolute idea of right of property conceivable, further even than the right of a slave owner over a slave. It is shameful for the Left to raise the flag of this perceived right. Even worse, the Left allows the political right to hypocritically monopolise the opposition to abortion.

We reject that shameful posture and believe that the Left should separate itself, in light of the advanced embryological knowledge of today, from this position. We aren’t just left-wingers who happen to oppose abortion. We oppose it precisely because we are left-wingers. Human life has supreme value from the point of conception until natural death. From this standpoint, we must develop decisive action against abortion by fighting the causes. We must help families and support single mothers legally and socially, both those who wish to keep their child and those who wish to give their child up for adoption.

Abortion is a hateful act of violence carried out against the unborn and against the mother. The Left should ensure that a woman’s womb is the place that nature intended it to be: the safest place. And society must do this as well, for mothers and children, before and after birth. 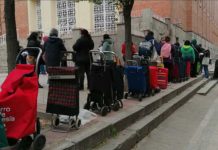 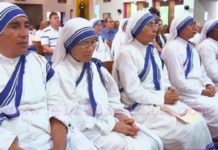 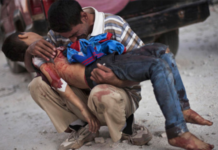 ¡No matarás! ¡No a todas las guerras! 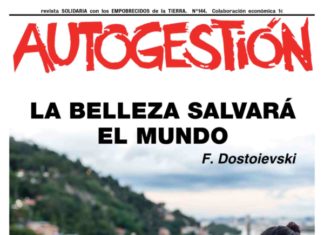 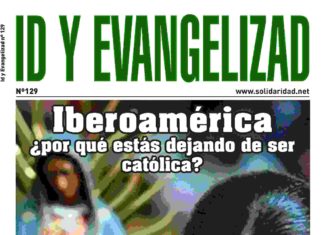